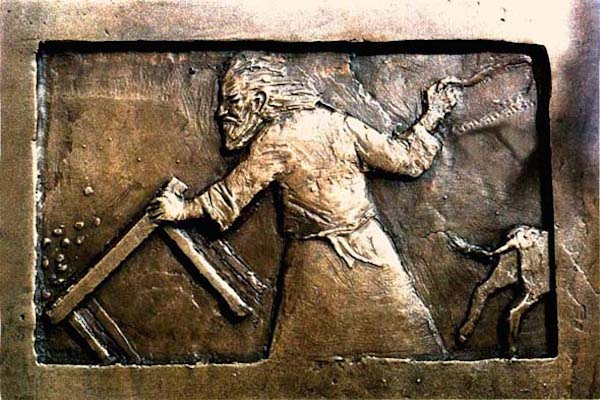 “You know that those who are regarded as rulers of the Gentiles lord it over them, and their high officials exercise authority over them. Not so with you. Instead, whoever wants to become great among you must be your servant, and whoever wants to be first must be slave of all. For even the Son of Man did not come to be served, but to serve, and to give his life as a ransom for many” (Mark 10:42-45)

“Now that I, your Lord and Teacher, have washed your feet, you also should wash one another’s feet. I have set you an example that you should do as I have done for you. Very truly I tell you, no servant is greater than his master, nor is a messenger greater than the one who sent him. Now that you know these things, you will be blessed if you do them” (John 13:14-17)

One of the models of leadership most strongly espoused by Christians is that of servant leadership. Drawing heavily on the teaching and example of Jesus quoted above, the ideal of Christian leaders as the servants of God’s people is one that is highly valued and widely advocated, even if we’re not always sure exactly what it means (other than being willing to wash the cups and put the chairs away after a meeting!). At its heart seems to be a desire for Christian leaders not to be seen as somehow ‘above’ those that they lead.

First articulated by the Quaker author Robert Greenleaf in his 1977 book, Servant Leadership: A Journey into the Nature of Legitimate Power and Greatness, the concept of servant leadership has developed in different ways. For some, it is primarily about humility and being willing to do the most menial tasks (the washing of feet or dirty dishes, depending on the context). But that was not what Greenleaf meant when he developed these ideas. Initially, servant leadership is about motive:

“It begins with the natural feeling that one wants to serve, to serve first. Then conscious choice brings one to aspire to lead”.[1]

Servant leadership is therefore not about power or status. It is about the desire to serve by taking on the responsibilities and duties of leadership. When considering this, it is important to neither overstate nor underestimate the influence and impact of decisions made by leaders. The concept of ‘followership’ explores ways in which followers can enhance or moderate the power of a leader. But leaders do make a difference, especially over the culture, direction and strategy of their organisation or church in the medium-to-long term. Financial and staffing decisions have a profound effect, as do decisions about what will be done and what will not be done. And this is both a privilege and a burden (if you don’t feel some sense of the burden of leadership[2], you probably don’t truly understand just what a difference you make as a leader).

This desire to serve can be extended to the concept of ‘humble messiahs’. I first heard this phrase at a leadership conference run by Thames Valley Police in 2008 (I was shadowing their Chief Constable for a few days, as part of an MSc leadership programme). Through this idea, police officers of all levels were being encouraged to think of themselves as servants of a cause greater than themselves (public safety and justice). The idea of being servants of a cause has obvious relevance to the connection between Christian leadership and Christian mission, and is one that was understood by Jesus himself. Not only could he “do only what he sees his Father doing” (John 5:19), but we can also see his Cleansing of the Temple (Mark 11:12-21 and parallels) as an act of servant leadership. He knew what his Father’s purpose was, that His house would be “a house of prayer for all nations” (Mark 11:17), and he was willing to take whatever action necessary – even resorting to violence – to remove all obstacles to that end. All of his actions were in the service of his Father’s cause and purposes.

This allows us to see servant leadership as something more and much stronger than just clearing up the dishes[3]. As James Lawrence says in his book, Growing Leaders:
“The servant leader is called first to serve Christ. His agenda must be preeminent about all other agendas. That’s why there are times when a servant leader must stand against the flow, prepared to challenge, confront and change things, because Christ’s agenda is the priority. For example, if a congregation wants to maintain the church as an inclusive club for those who belong, the servant leader doesn’t bow to their wishes and help them do a better job of excluding others … the servant leader is a servant of God first, called to serve God’s people in leadership”.[4]

This brings us to the final question, which is the telos or goal of leadership. As we lead, we need to ask ourselves, “leadership for what?”[5]. Leadership is not about us, nor is it primarily about those whom we serve by leading. It is about Christ’s purposes in his world. My research participants have seen this clearly. They are asking questions about the mission of the church – what is working, what isn’t working, and why. It doesn’t make them popular. They describe themselves as catalysts and agitators. They look for where they can have the most impact (often by choosing to go to some of the crappiest places). They’re servant leaders, serving the purposes of Christ and serving God’s people by roping them in to the task at hand. Sometimes that means challenging the church quite forcefully. Sometimes the temple needs to be cleared.

[1] RK Greenleaf (1977), Servant Leadership: A Journey into the Nature of Legitimate Power and Greatness,Mahwah,NJ:Paulist Press, p13
[2] In a chapter entitled “The Cost of Leadership”, Eddie Gibbs lists some of these as the price tag of love, being prepared to take risks, showing patience and perseverance, facing resistance to change and new ideas, surviving criticism, enduring loneliness, dealing with competing priorities, suffering reversals, the pressure of making decisions, making do with limited resources, and physical and emotional weariness (E Gibbs (2005), Leadership Next: Changing Leaders in a Changing Culture, Nottingham:IVP, pp159-173). Anyone still interested, please form a queue.
[3] Although the addition of ‘humble’ in the phrase ‘humble messiahs’ serves to remind us that we’re never beyond such simple tasks. But then we’re being ‘servants’, not ‘servant leaders’. And that’s OK.
[4] J Lawrence (2004), Growing Leaders: Reflections on Leadership, Life and Jesus, Abingdon:Bible Reading Fellowship, pp33-34
[5] N Harter (2013), “Magnitudes: Leadership for Something Greater Than Yourself”, in Humanitas, Vol 26 No 1/2, pp153-159

I've been told that I am 'creatively subversive'. I like that. Very interested in the art of leadership, trying to understand it and trying to do it well, and helping others to do the same. I also like mountains. View all posts by justaboutleading

What you will find here

Reflections on leading, on my research, and on any other stuff I’m doing or thinking about. A bit like Facebook or Twitter, really. Just in a bit more depth.